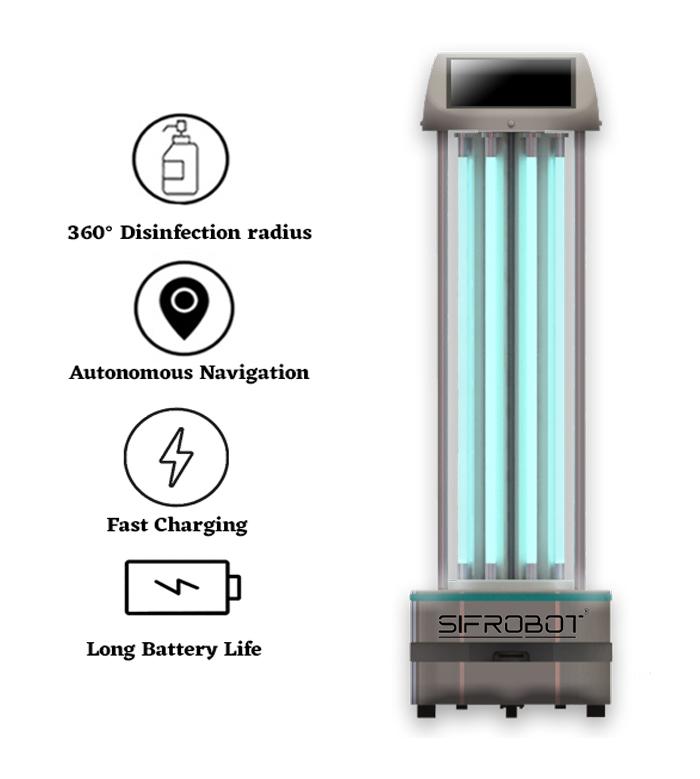 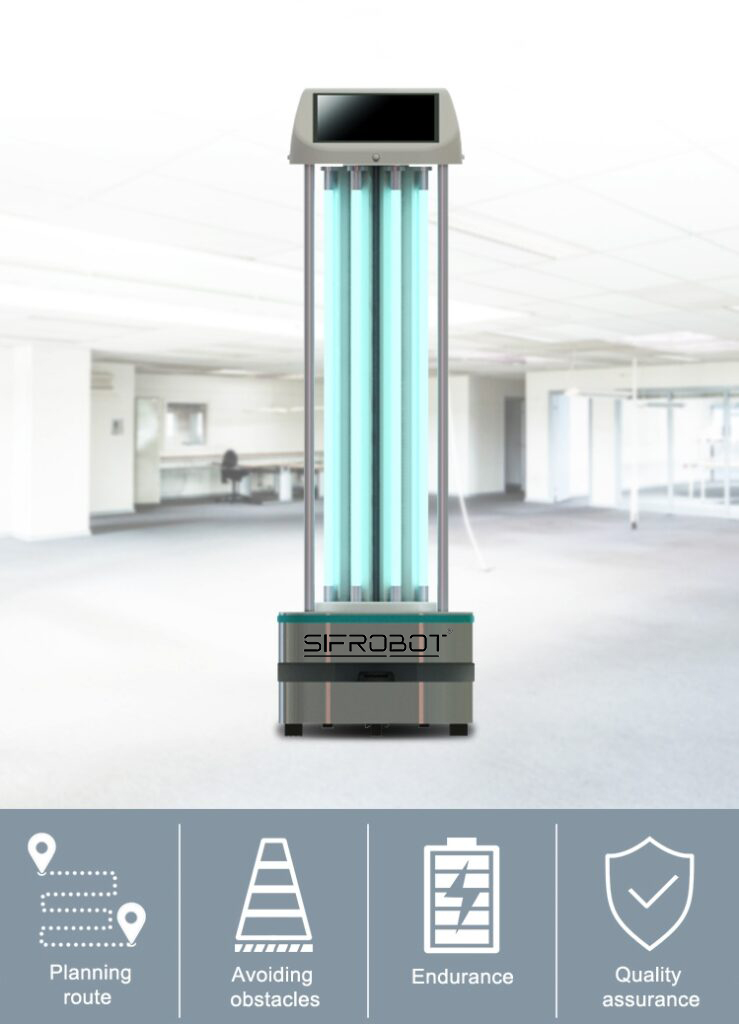 Autonomous UVC Disinfection Robot: SIFROBOT-6.57  is a general-purpose wheeled chassis combined with ultraviolet sterilization lamp.  It is suitable for shopping malls, schools, office areas and other places where sterilization can be blocked on flat ground

The  SIFROBOT-6.57  is equipped with laser radar, which can realize omni-directional scanning and ranging detection of the surrounding environment, carry out planned disinfection and sterilization according to the obtained contour map, and avoid adverse effects caused by close tracking contact of human body.

The SIFROBOT-6.57 is driven by high density lithium battery, which is maintenance free and has a long cycle. In terms of killing performance, the vehicle body is equipped with 8 ultraviolet lamps to achieve 360 degree all-round coverage and killing, with accumulated light intensity of 936 UV / cm 2 and coverage radius of no less than 6 m, which has a good killing effect on environmental surface and air. 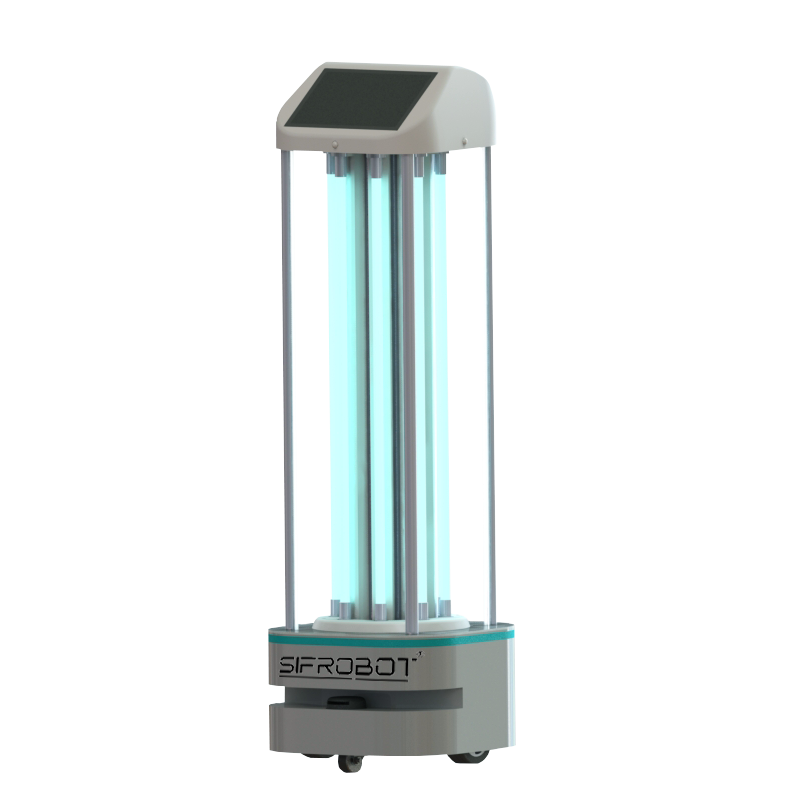 To assure Safety, The robot body is equipped with a human body sensing module. In the process of operation, the ultraviolet light will turn off automatically after sensing the presence of human body, so as to avoid harm to human body. 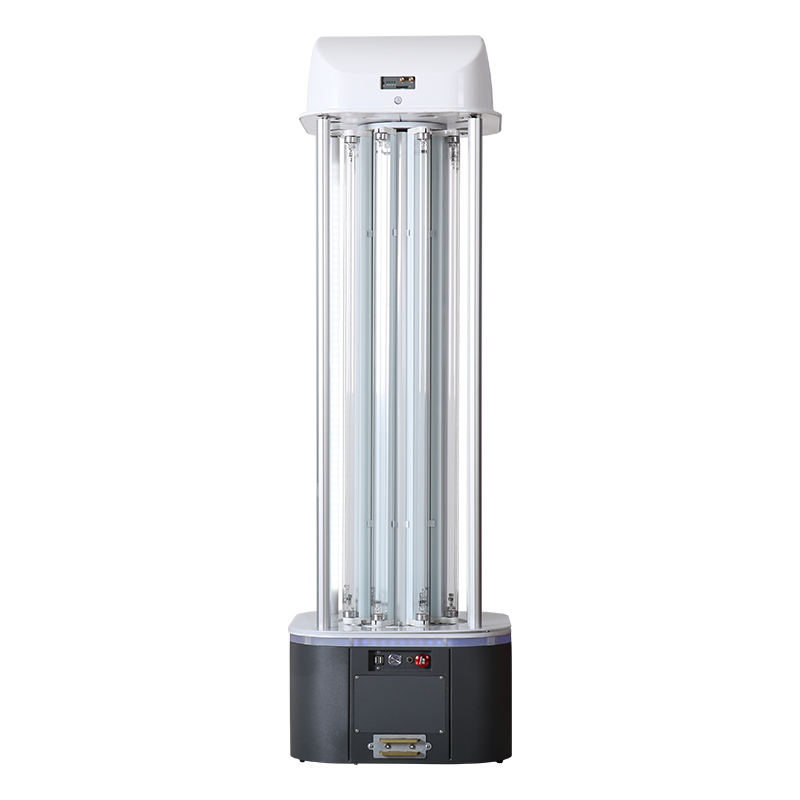 SIFROBOT-6.57 is suitable for most indoor environments such as hospitals, hotels, shopping malls, large building..etc 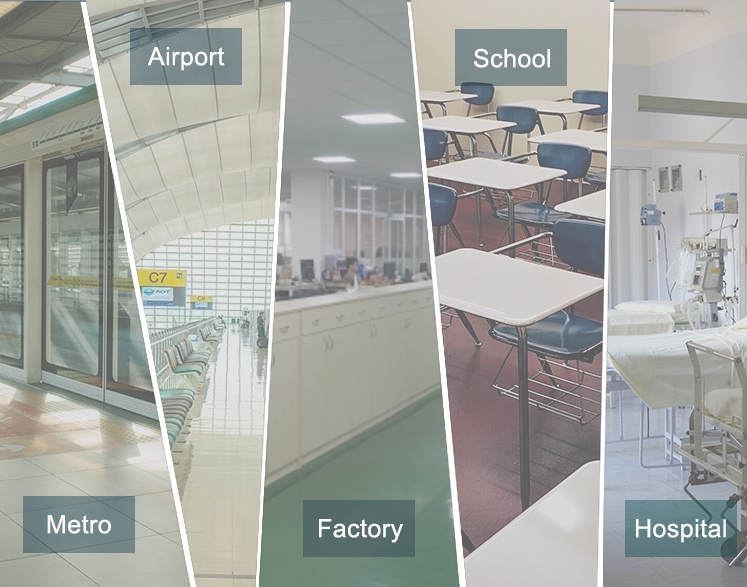 One Tree Planted is on a mission to reforest our planet and provide education, awareness and engagement on the importance of trees in our ecosystem. It also has a social impact encouraging and giving incentive to low income people to plant Trees in their Area.

Reducing carbon footprint : A mature tree absorbs an average of 48 lbs of CO2 per year.

We give you the chance to participate and be part of this noble project. We plant Trees for you for each product you purchase from SIFSOF.

Let’s re-Green our Earth together

This website uses cookies to improve your experience while you navigate through the website. Out of these, the cookies that are categorized as necessary are stored on your browser as they are essential for the working of basic functionalities of the website. We also use third-party cookies that help us analyze and understand how you use this website. These cookies will be stored in your browser only with your consent. You also have the option to opt-out of these cookies. But opting out of some of these cookies may affect your browsing experience.
Necessary Always Enabled
Necessary cookies are absolutely essential for the website to function properly. This category only includes cookies that ensures basic functionalities and security features of the website. These cookies do not store any personal information.
Non-necessary
Any cookies that may not be particularly necessary for the website to function and is used specifically to collect user personal data via analytics, ads, other embedded contents are termed as non-necessary cookies. It is mandatory to procure user consent prior to running these cookies on your website.
SAVE & ACCEPT
0